Our trip to a fun, but still imperfect development environment.

Our trip to a fun, but still imperfect development environment.

During a regular work day we work on several PHP projects. Sometimes new projects, but also legacy code which still require earlier versions of PHP. We all work on Macbooks and want to switch quickly and easily between projects. The project requirements vary, the PHP version may be different, or additional services may be required (such as Redis, Elasticsearch, ..).

Unable to mimic the production environment without spending countless hours installing packages on a virtual box for each project.

We started from a local development server, which had the issue that only one PHP version was available. A result of this was that we were less likely to use newer PHP versions as it might break projects wth legacy code. We mounted project files using smbd/nfs/sshfs, which is pretty unstable and more often than not caused issues with git and tools such as gulp.

An alternative was a set of remote development servers but that would be pricey, unmaintainable and if those go down.. we'd all be idle, doing nothing.

There was also LAMP, but we discarded that option pretty quickly, environments would be too diverse.

The next most logical step to us was vagrant. We'd set it up with a set of ansible playbooks and it worked pretty good for some time, but there were issues with high memory usage and building took ages. We did look into packer, but the image sizes would grow too large, and space is somewhat limited.

All that glitters is not gold, as we struggled our way to an almost perfect development environment.

Let's get down to business, in the next parts we'll show you how we're using docker in our development process.

Clone our Vagrant setup in your favorite development directory.

Start the Vagrant box. This can initially take a while.

You can check the docker daemon in the Vagrant box.

You should see a dnsdock container running. If not, something might have gone wrong.

Now we should have:

The fastest (and easiest) way to access your docker containers is from your command line. However, there's some steps that should be taken before you're actually able to.

When you'll try to run a docker command, you'll get the following:

The reason for this error is because the $DOCKER_HOST variable isn't set yet (or incorrectly). Just set it using the following command:

It's good practice to add this to your dotfiles so add it to .bash_profile:

To activate the change, you need to reload your terminal, or execute the following line to reload it on the fly:

Congratulations, you're now able to access the Docker daemon from the terminal. But we're not done yet!

We still need to do the following:

This is the fun part. Defining the services we need. We use Docker Compose to define our default set of services.

Create a new folder in your home folder and add a Hello World file.

We are now set to startup our containers.

You will see some pulling, downloading and extracting.

We need to tell our Mac to look at the dnsdock container to resolve the www.project.docker domain to the Nginx container.

This will tell our Mac to resolve all *.docker domains to the 172.17.8.101host, which is our Vagrant box. Since dnsdock forwards port :53 it well be accessed.

Flush your dns cache afterwards. If dns resolving isn't working properly, this might be the solution.

Add a route to the containers

We also need to tell our mac to route all our container IP request to the Vagrantbox. Containers are in the 172.18.0.0 range.

Notice: When you've the vagrant-triggers plugin installed, this step isn't required anymore. Our new Vagrantfile will add routes by default. This commit will take care of it.

Warning: Mac OS X will purge routes when you restart. Remember to add this on every reboot or create service for this command.

Now you should be able to access the webserver on http://www.project.docker and see the Hello world! message.

Restarting your mac can fix the dns resolver.

We've used and tried a lot of different methods but for now this is the most stable solution. The demo is a very basic example on how you can leverage from Docker containers. In a future blog post we will explain a bit more about our Symfony2 development and extra services. 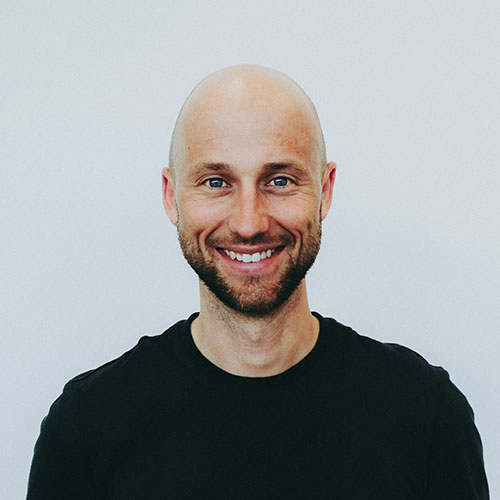